England. The Lakes District. Part one. 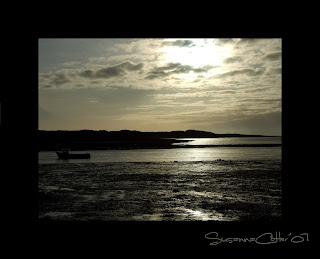 Instead of spending a lot of time writing about our trip, I thought I would simply upload some photos that Susie has taken. 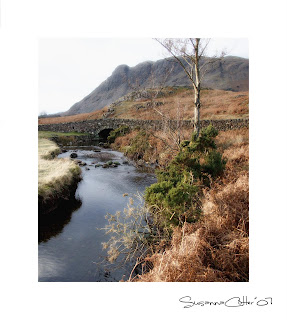 The landscape of the Lakes District is simply stunning. it is easy to understand why Beatrix Potter made it her home. 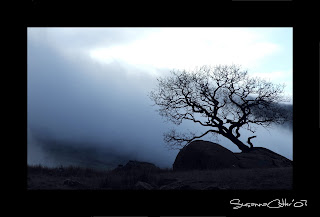 In the second part I will write about the Maalie court, fishing, glog and mulled wine. Not to mention English food..... 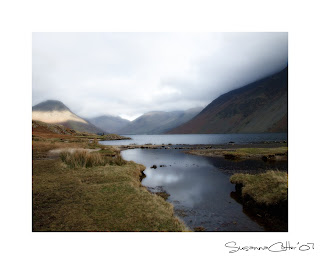 Please note:- the photos here are copyright. Should you want one please contact me. 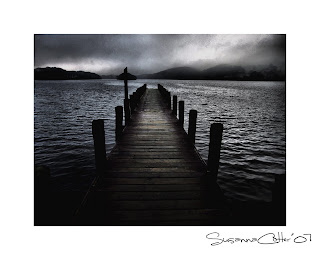 Stay tuned for the next installment!
Posted by simon at 11:49 AM 16 comments: 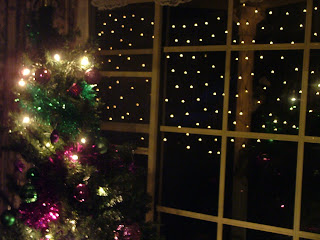 Wishing everyone a Very Merry Christmas and a Joyful and Prosperous New Year! 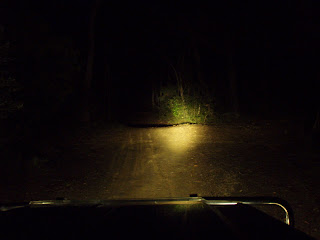 Looking out across the Landcruisers bonnet.

I don't know what it is- but sometimes when I make a snap decision it does not always work out for the best.

I mean , it was evening, I was in the kitchen about to cook dinner, when I said to Dave:- "Dave! Lets go camping!".....Just one of those "spur of the moment things" you know...

So we set off.. The track was dark and, with recent rain, slippery. Water lay in sheets and the creeks were full. A careful path had to be chosen.... 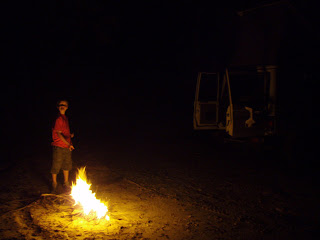 But we were not daunted. The vehicle is capable and sure footed. Simply engage four wheel drive and "hey presto!" After a short time we had arrived at a beaut camp site. Fire wood lay in abundance. Soon, (and with one match I might add), we had a nice fire.

We were close to the Grose Gorge and the sound of rushing water could be clearly heard form the gullies below. The view from the top is simply beautiful, as trees danced in the firelight.. 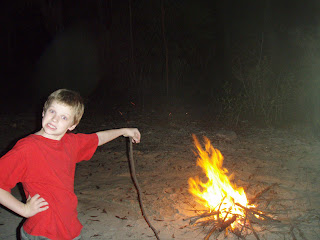 After some time, and staring thoughtfully into the fire I suggested to Dave:- "Dave lets eat!" I went to the vehicle and searched everywhere.... and I mean everywhere. Under seats, in the draws, ..everywhere....

I HAD LEFT THE FOOD BEHIND!..... There was nothing but the growl of our stomachs... "Idiot" I thought to myself... I suggested to Dave that it "did not matter" and we could just hang around..

But it go too much, I said to Dave:- "Dave.. lets go home!" He agreed with enthusiasm. So we did.

And that was that!

Part Two:- So, with yesterday firmly "forgotten". It was time to make amends by riding the MTN bike... Solid!

A thunder storm hit. Nothing better than watching lightening whilst wearing steel plated bike shoes on top of a mountain. Still, I was undaunted and continued into the storm.... A fast downhill, into a torrent of water which lay across the road...Then I simply fell off as the front wheel bogged into the soft sand.And that was that!


Part Three:- So UTTERLY devistated by it all, I limped into the kitchen and made a cup of coffee and stared at my scratches and bruises and the Galahs on the feeder... 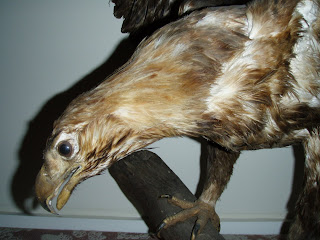 I have a Wedge Tail Eagle that lives in my piano room... 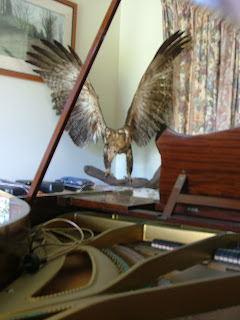 Just to give you a perspective!
Posted by simon at 4:33 PM 7 comments:

Discovered in the 1970's Mungo man is the oldest evidence of man outside of Africa. Originally thought to be 60,000+ years old , his age has been downscaled to what is now considered to be accurate:- 40,000 years.

Maalie and I travelled to Mungo National Park to investigate this world heritage listed park. Like most of the national aprks, Mungo was a sheep and cattle station, and like most was stripped bare of native vegetation until it could no longer sustain farming.

For 10,000 years Aboriginal people lived by the banks of flowing streams and rivers, fishing and hunting. they moved away as the waters slowly dried up. It is evidence of global warming over tens of thousands of years.

But it is the evidence of RAPID global warming that has changed the environment since the turn of the 20th century.

Creeping sand dunes, 33km Walls of China blown bare by the winds, weeds and feral animals are all that remain on this desolate landscape. Neighbouring properties are being offered back to the National Parks as they too succumb to the creeping luna landscapes.

Walls of China(not my photo)

Our journey was from Mildura and the road into Mungo is unsealed. Whilst not a problem for a passenger vehicle, should it rain then the road would become unpassable. A 4x4 is recommended for safety and comfort.


The facilities at the park are superb. Recently rebuilt shearers quarters and home make life comfortable indeed. The visitors centre reverberate tot the sound of digereedoo as the locals teach about the history of there people. its a world class facility, reflecting the importance of the region. 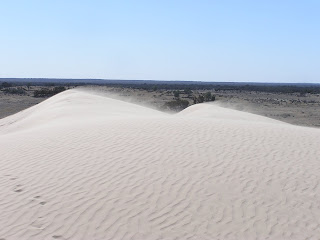 Maalie and I chose to camp in the camp grounds and were quite comfortable whilst Apostle birds nested nearby, and Whistling kites soared majestically overhead. 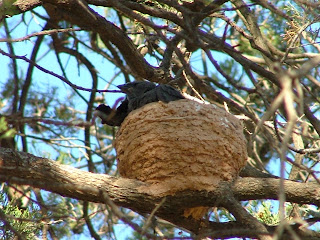 I cannot begin to describe the park itself. You drive over the lip of a crater and into another world. I half expected to see something prehistoric wandering about. The walk across the China Walls in bare feet with the sand between the toes is something else. I will not forget it.

Of all the National Parks in the State, Mungo is perhaps the most breath taking, and not for the right reasons. As you stand on a dune with the wind blowing the grains away,it left me cold. Its a scene closer to that of the Sahara Desert. Yet its recent. 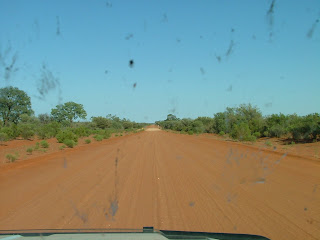 Bugs on the windscreen!

BTW I have heard they have found more skeletons on a neighbouring property, rumoured to be older than Mr Mungo, and rumoured to be a "modern civilisation". 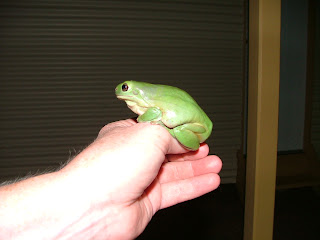 I have a confession:- I LOVE frogs! So when I found these beautiful tree frogs at Kinchega National Park, I just had to say "hello". Everytime I visit Kinchega it seems to be same frogs that come out to say "G'day mate!" Or is that Bonjour????? 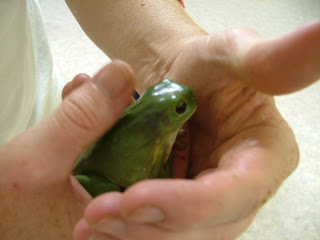