Well, its been  months! With  working 3 jobs, and a truck  to  restore I  have been  flat out with little time to Blog. Twitter too, has become perhaps a preferred way  of keeping in  touch. So, this blog is really a record of events. 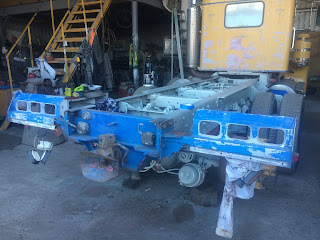 Chassis prepped for painting. Years of road grime and oil made this task difficult.

Electrical work to the cabin completed, and now I have an interior light, a blinker lever that works, and the exterior reverse spot light working. I  am  told this light is rare as most fall apart over time.

The chassis was acid washed and prepared for painting, in its original "cement grey" colour. 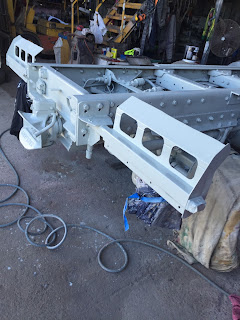 Cement grey paint as ordered when  new in 1985 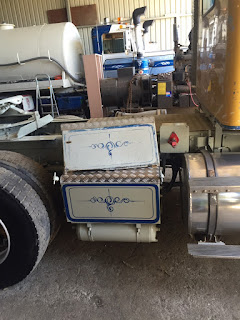 A new battery  box was made, painted and then  scrolled and pin striped in exactly the original way. Old battery  box is sitting on the top of the new. Years and millions of kms reduced the old one, literally! 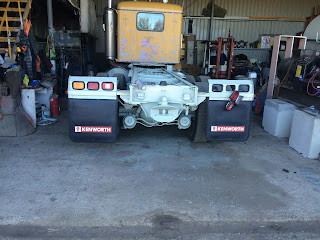 
179 had an air leak in  one of the valves and, as such, a replacement valve was purchased and installed. This meant it could get air up and hold it much  better. 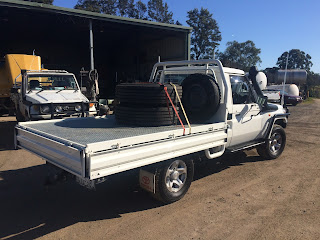 The condition  of steer tyres is critical, especially with a loss of traction equals a loss of steering and almost  impossible to  recover from, with  potentially  awful results. 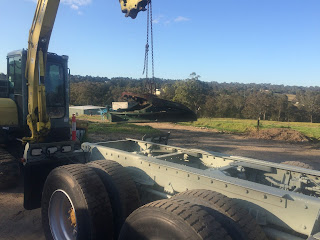 A ball race turntable lifted on and installed.

Whilst this is not an original, the original being a "Compensator", it will do  for the purpose of making the truck complete, until a compensator can  be found. 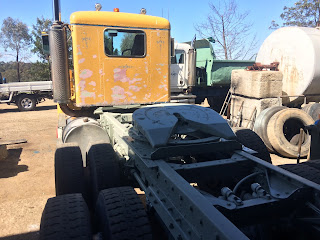 The turntable was painted the same colour as the chassis. 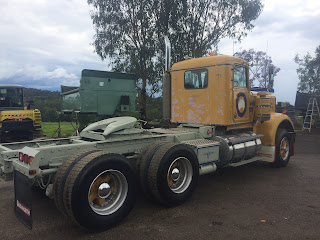 Shiny new hubcaps fitted, as they were in 1985

I did not think hubcaps were fitted to  fleet trucks in 1985, however I  did meet "Red" who was the mechanic at Blue Circle Southern, and he assured me that 179 was indeed fitted with them, so I  was delighted to buy a set and fit them.


More to come soon. ...Kenworth W900 is an on-going story which is keeping me busy and I  hope to  spend more time here on the blog.
Posted by simon at 2:15 PM No comments: