Since the last  post, there have been  some considerable in-roads made to the truck. The interest in the truck has been  quite high, and its been  decided that, as a result, we won't be putting the truck into  work, even lightly.

I have joined a local Antique Machinery club, and hopefully they  will allow the Kenworth  to  be put on Club Plates and only  used on club runs.

Since the last  post in the truck we have:- 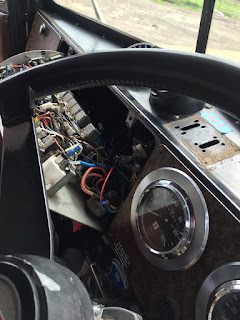 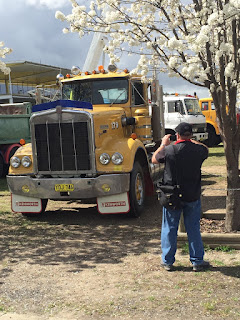 Taken the Kenworth  to  a truck show where lots of people took lots of photos. 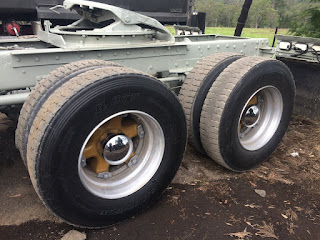 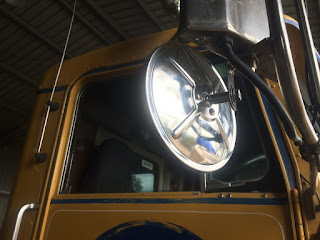 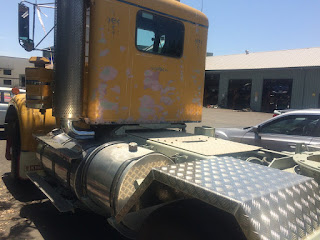 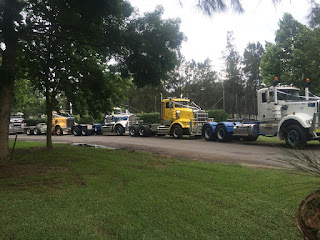 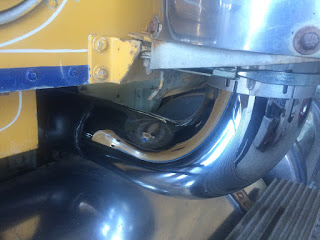 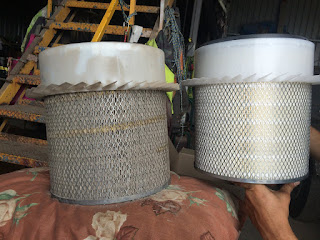 Did a service and replaced dirty  filters. (old on left)

The list continues. The truck is driving well, however the lack of use means its a little grumpy  on  start up  if left alone too long. Trucks are built to  work and pull loads, not sit in a shed.

With  all the work we have done, 179 is looking more and more as it did back in  1985. We want the patina look but with a reliable chassis and running gear.

179's chassis was extended to fit the tipping body, and , as it will not be used for this again, we have decided to return the chassis to its original configuration. This will require some research and skill in the shed.

Stay  tuned  for the next "major" work in progress.

Meanwhile I will leave you  with this picture. 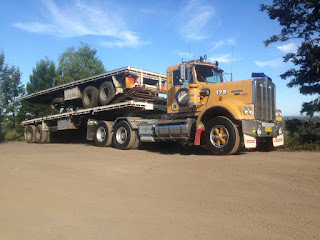