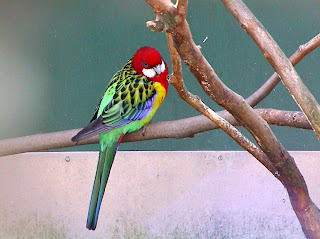 In the Burralow. Whilst I have seen plenty of Chrimson Rosellas. this is the first Eastern I have seen.
Posted by simon at 6:08 PM 15 comments:

Not much to tell, but for my overseas friends the video might give you an idea what the countryside looks like. All birds spotted were spotted from the car. The Superb Blue Wren was nearly a windscreen mascot! I do like Melbourne with its wide streets and bridges. Its a small model of Paris in some ways. Its about a nine hour drive door to door. 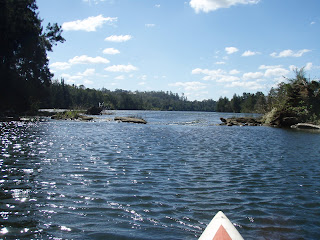 With the weather perfect, it was time to dust off the old kayak and have a bit of a paddle. This trip was down the Grose River, into the Hawkesbury and return. All up about 3 hours. It was very enjoyable.

As you can hear in the video, there was quite a lot of bird calls. 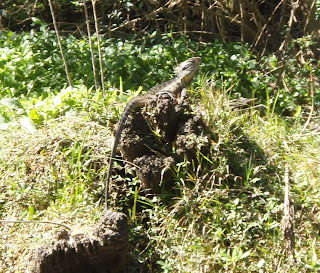 
Finally returning, I decided to test the Jeep on a fire trail- its first "off road" trip in 35 years. As you can hear in the video there are more squeaks and rattles than a railway carriage. I cannot say that the trip was enjoyable as I was waiting for something to fall off (like a wheel..!!), instead smoke began to billow from the floor....Stupid me did not release the handbrake properly, and once released the jeep settled down. 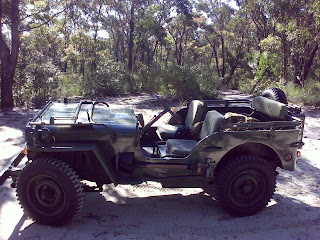 The Jeep on its first run into the bush.


I was overtaken by a guy on a motor bike, and once I caught up wanted to chat about the Jeep. Jeeps are like that, always a topic of conversation and bringing smiles to people.
I returned home in one piece, although I noticed the drivers front wheel/ steering linkages need attention. I will get the mechanics to have a look and make some repairs.

A great day was had!!