Of droughts and flooded plains.... 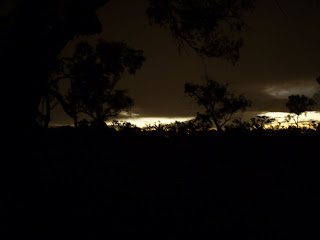 As the sun began to set, a whistling kite plucked a fish from the river , and storm clouds began to gather to the west. I thought about this country. There are only two seasons- Wet or Dry. Australia is a sunburnt country , a land of sweeping plains, of ragged mountain ranges, of droughts and flooded plains... On this trip we would experience both. 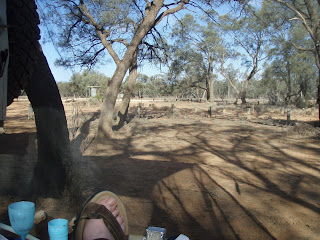 View of Mungo through the screened enclosure.

As the wind came up, heavy splotches of rain began to fall, the ancient river gums, gave off a heady mixture of eucalyptus oil and honey fragrance. It was stunning. I felt small. It was the outback.
The trip took us from Kurrajong, Orange, Hillston to Willandra National Park. Then pushing further west to Ivanhoe and on to Mungo National Park. Following on to the old river port of Pooncarrie and then Kinchega. Home again via Wilcannia.
Each park is unique. Yet each park is linked with a common thread of boom times and bust, of flood and drought, of environmental disaster and of ancient discoveries. 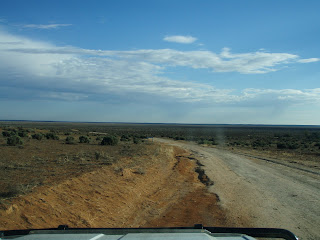 As we travelled we enjoyed the wild life spotting and saw:-emu, wedge tail eagle, galah and apostle bird as well as the usual white winged chuffs. The land looked rich, with dramatic greens contrasting with vivid red soils.
A lazy young goanna defied us until I set chase...... 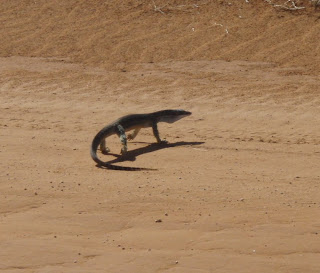 Goanna on its toes about to run!
Each park had its own wildlife . At Willandra we saw a Red Capped Robin and Grey Shrike Thrush. Mungo featured Wedge Tailed Eagles and Major Mitchells. Whilst Kinchega featured Whistling Kites and Red Tail Cockatoos. All unique, all beautiful. The Whistling kite, caught the fish right where we were camped. Casually.
The roads are harsh, whilst a small vehicle would cope, certainly a stronger vehicle is advisable. In one section all the lids of the salt, pepper and coffee vibrated off!! It was important, at the end of the day to ensure that the beer was at room temperature (which out here is 30c!!) 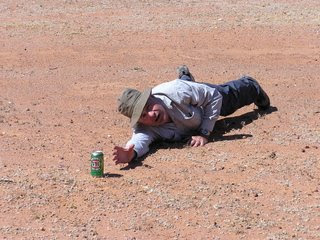 Maalie on a previous trip into the desert

I sat and quietly reflected on my friends need for room temperature beer! Ha! 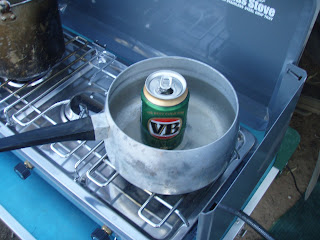 Maalie this VB is for you.

Each night a log fire was prepared by David and enjoyed by all! 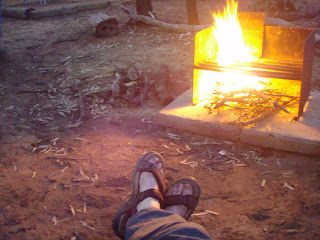 The drive out to Wilcannia was to prove a challenge. 150k of "dry condition road only". The day was sunny and the road was firm and undamaged by the rain. We pushed 50k until we were met by a sign which said the bridge was closed (unsafe). The road authority had pushed a side track through the creek below. Under normal conditions, passable. Today a flash flood had made the creek a metre high- Impassable. 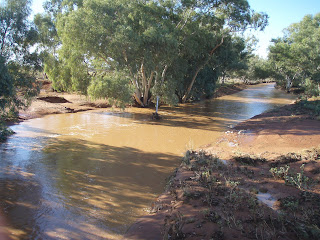 I decided to walk the bridge and check its safety. It had a 5 tonne limit and the Landcruiser is 3.5 tonne. However once on the other side I was greeted by a sheet of running water 100m wide. In order to check depth and the ground underneath I walked across. At about 40cm in the deepest part I deemed it safe, although a challenge to cross.

However, we had a further 85kms of mud and water! the road was completely water logged and the vehicle simply sank to the axles, moving forward slowly whilst throwing clods of black soil high into the air. It was a fine balance between forward momentum, engine revs, and the correct gearing.
After 2 hours we had crossed the worst road conditions I had experienced. 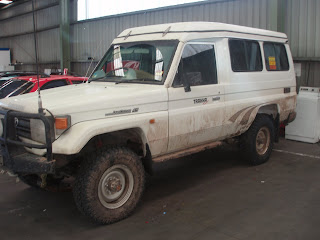 It was a great trip.
Fortunatly, the Troopie will be washed and cleaned by our detailing staff and not by me! 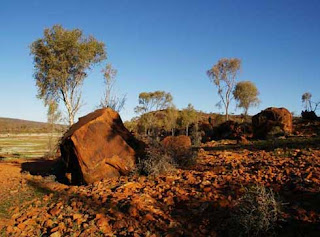 Tomorrow we are off to Mutawintji National Park and the Paroo. I was there in August 2007, but want to do some more walking to discover more of the park. I will keep you posted. See you when I get back!
Posted by simon at 8:46 PM 11 comments: 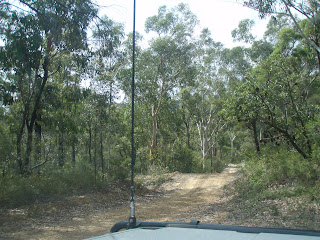 Canoe Creek runs into the Colo River. The fire trail that leads to the start of the walking track was pushed through as saw millers searched for better logs. The Wollemi became a National Park, and this beautiful wilderness was saved. The ride itself is about 40 km and an easy grade. 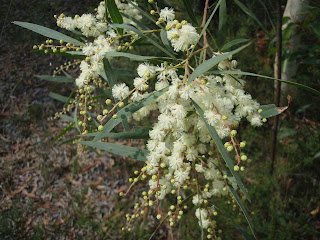 Situated about 50km north of Wilberforce, along the Putty road, the area is steep, and pure wildnerness. The day was bright, and clear. I chose to drive the fire trails through Wheeny, Colo until I joined the Putty road a few km north of the Colo Rive Bridge. It was interesting to drive over the damage caused by the storm water. Whilst 4x4 was not needed, certainly ground clearance was. 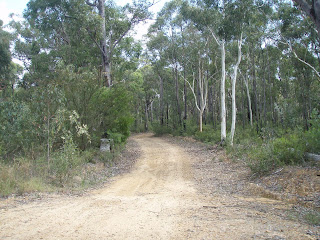 The ride was fun and uneventful. I spotted Rufus fantail, Firetail, Splendid Wren, Cicada Bird, Eastern Spinebill, and the usual Bell Minor and quite a few sleepy goannas sunning themselves on the trial, annoyed at my intrusion. The ride was an enjoyable way to spend time alone....and a COLD Coopers Original Pale ale greeted me at the car...it was a nice afternoon amongst tall gums, wildlife and fresh air 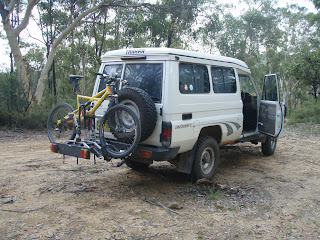