Well, Ive been  silent for some time as I have found Twitter to be more "instant". However I  thought I would just throw in a couple of new projects on the go.

Naturally, sitting so long meant that we had to remove the fuel tank, chemically  clean it, replace fuel lines, brake master, wheel cyl, clutch master and slave. We turned the motor over by hand to be sure it wasn't seized and threw a battery  in. Some fresh oil, and filters.. hey  presto! away it went as if it never sat still for so long. 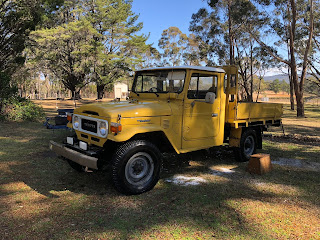 I think its very  tidy  for a vehicle that has been  sitting for so long. There is only a few surface rust spots, (these were never rust proofed), and the farms location and shed was dry, with  no stock feed in the shed. Stock feed is quite acidic and causes rust. The farm was not hard terrain and the cruiser drives tight, as its spent most on its life on the tar 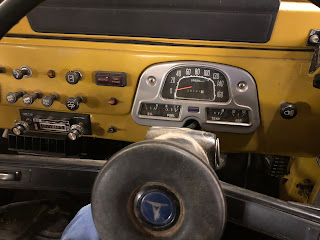 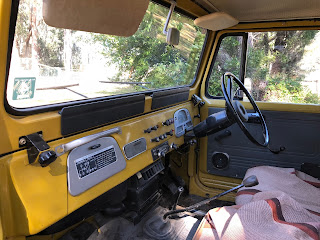 It reminds me of my  childhood in fact. when cars were simple. No airbags to kill you, and made almost completely  of metal.

There is plenty  to  do, and it will spend its lif on our property in a shed and go and get the occasional  bale of hay.