This You  tube video shows David at training, and his friend filming. David is the bike out front, and is pulling away  from the group, when  his front tyre scrubs out and he crashes.


We are fortunate that  no one was injured. His bike is a "write -off," and other bikes sustained damage as well.


Rider 55, who's Yamaha flies through the air, is not happy that  David passed him  earlier and lets him know in  no uncertain terms!


Clearly, he should join a pensioner team or watch  television.


David is very  upset that he has ruined a bike that we have just spent thousands on.


If you  are offended by bad language ( swearing)  then  don't watch.

What have we done?

Well, the first national East Coast Series  race Dave did was in Canberrra on an overcast drizzly day. The track has received 30mm of rain  and was an utter bog. The junior riders had certainly  churned the track up the day  before, and even with the tractor out, the race was borderline cancelled. 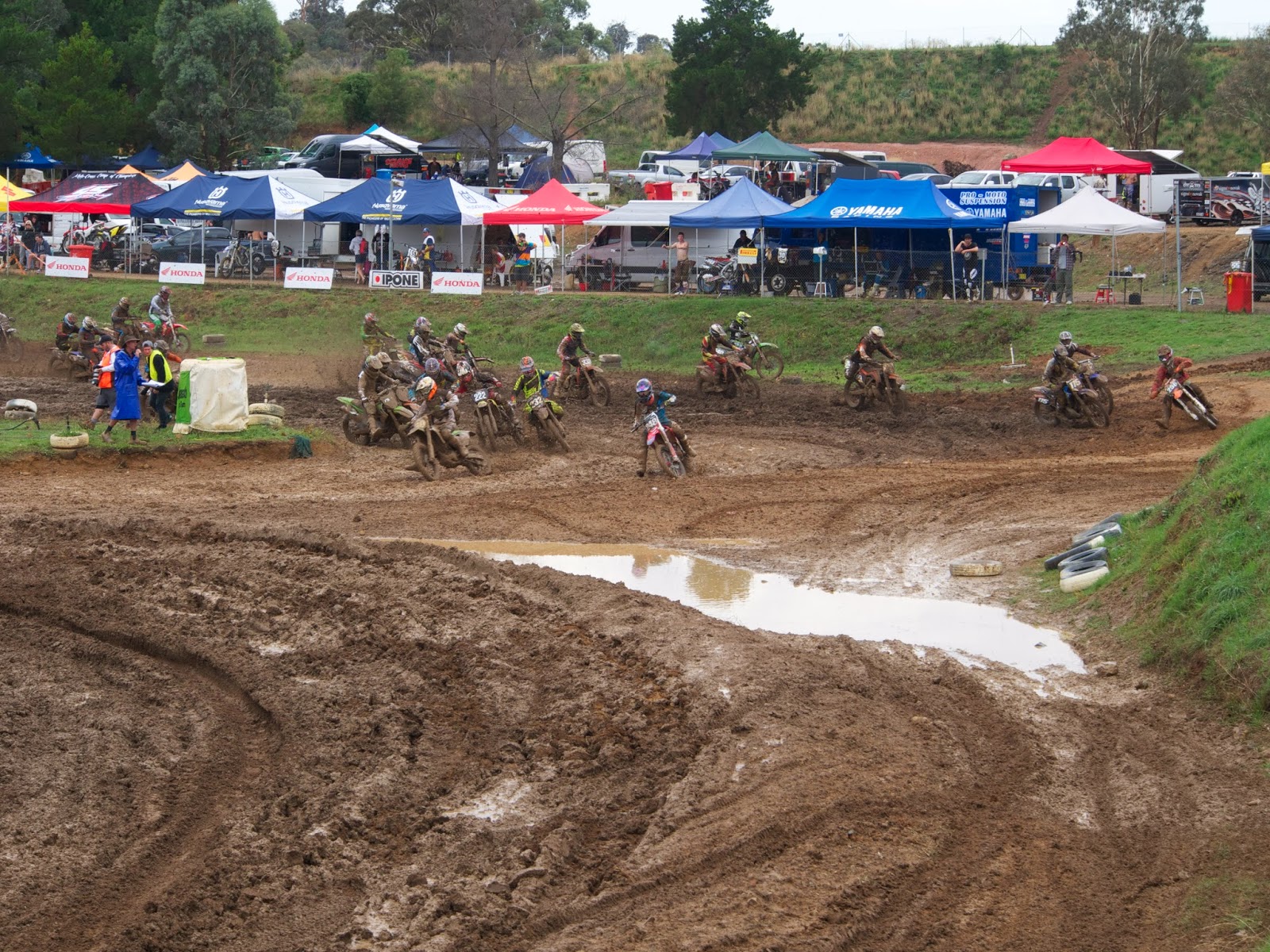 Eeeek! Just  look at that  track

Experienced contenders, (read- with  plenty  of money too), had pressure cleaners, changes of clothes, and some even had two bikes.  The idea being that, once covered in  mud the rider simply  got into clean, dry outfits, on a clean and dry bike.  Pit crews in the meantime cleaned the bike just  ridden ready  for the next  race.
We are not in that  position and so Dave spent the day  covered in mud and we did our best  to  remove any  mud from the radiators and drive train. 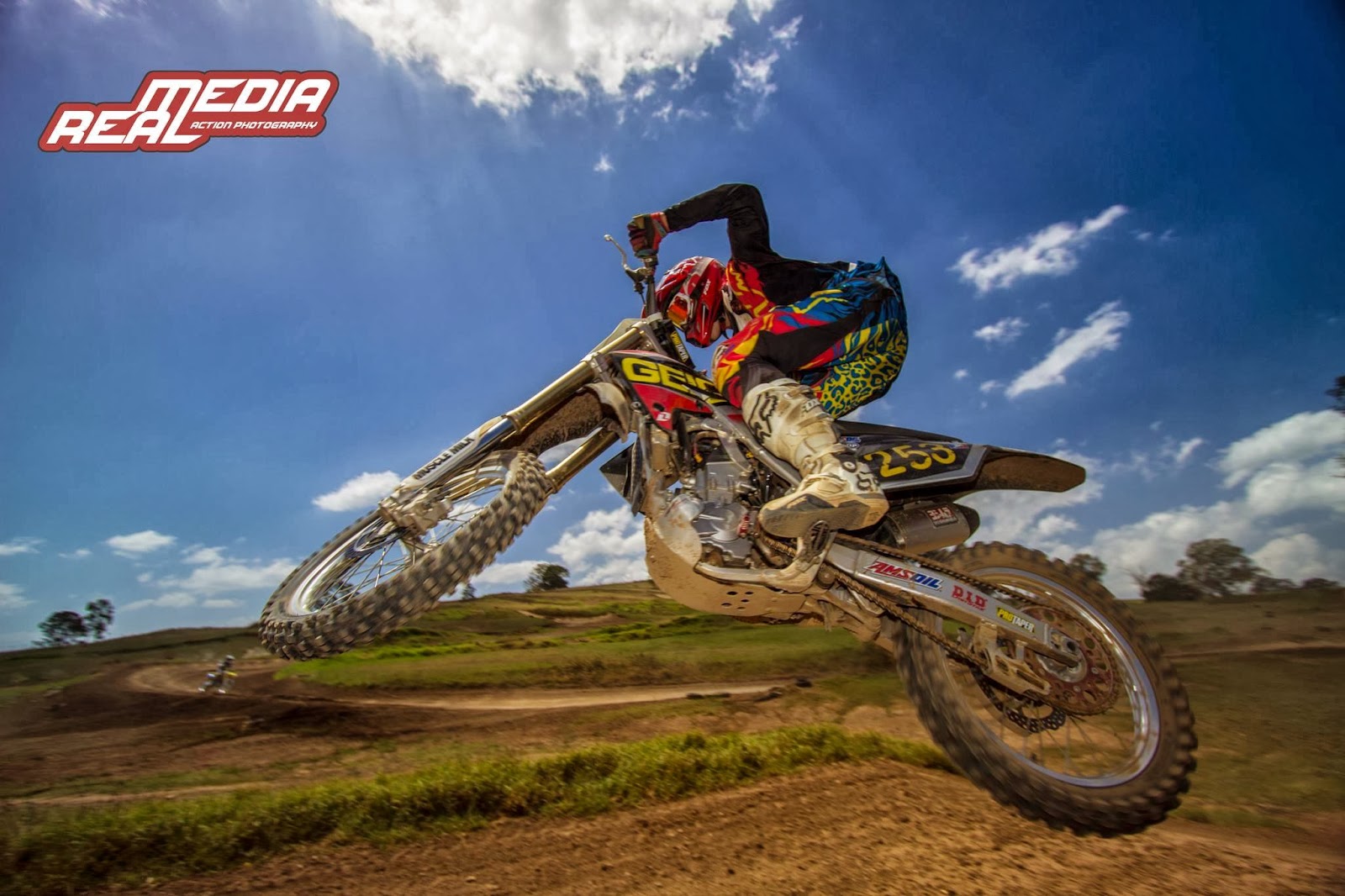 Dave looking clean.. but not for long!

Basically  ridding in these conditions is a bit of a lottery, especially  with the inexperienced and there were plenty  of falls/crashes to  see. The good news is- its a soft landing. The bad news is- as the bikes go around they collect mud at  such a rate they  get heavier and heavier, so  if you  crash late in the race its very  difficult to  even pick the bike up. 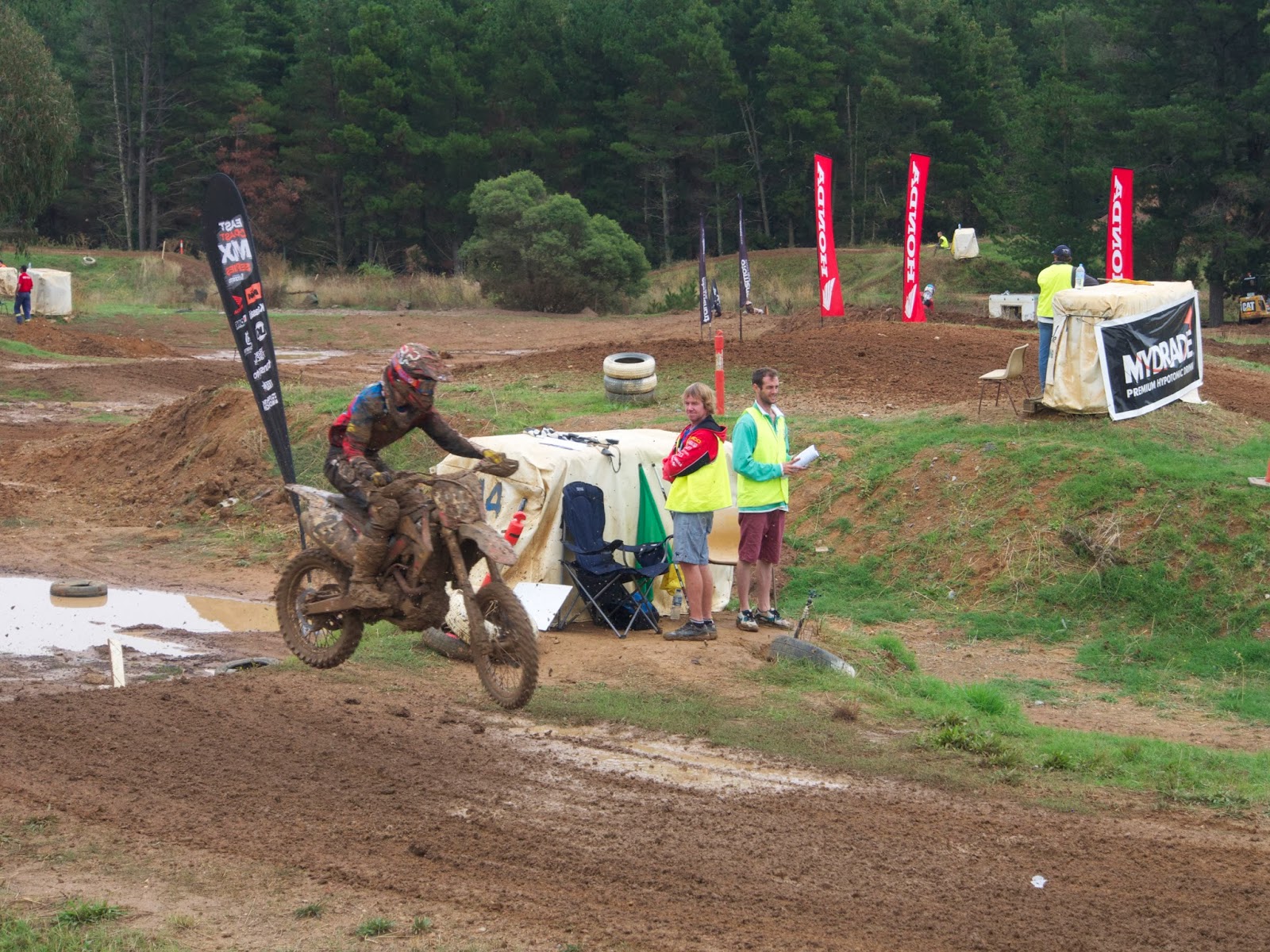 Overall, we had an enjoyable day albeit a tiring one.  Dave raced in Senior Lites   for 3 races and came 6th  overall. A great  result as there were about 30 other rider in his class.
The bike?  Well, you  can  see the result.  Mud gets into everything. We have to rebuild the rear swing arm and wheel  axle bearings need to  be removed and re-packed.  The bikes really  suffer. However, that's racing. 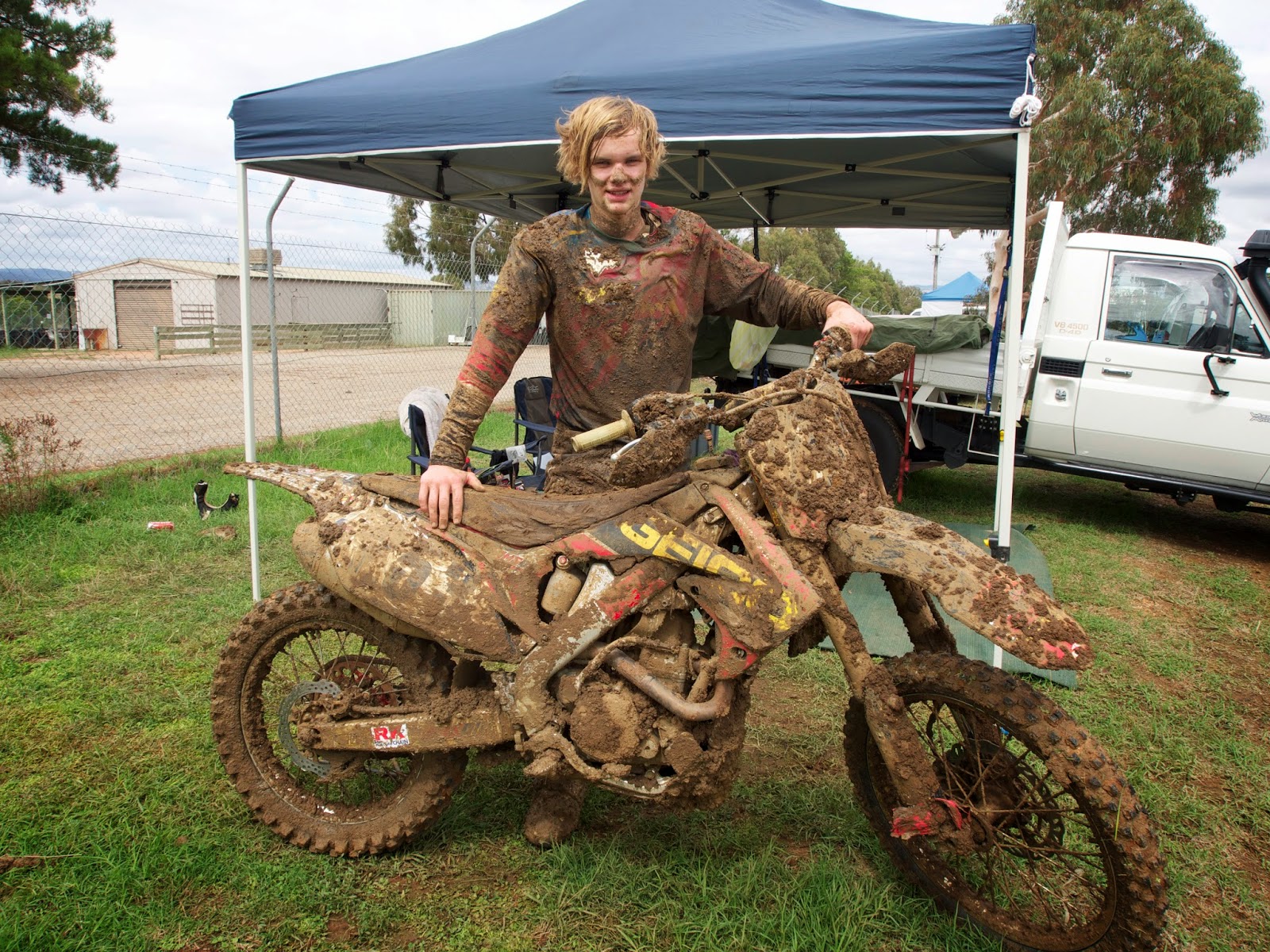 We are looking forward to the next round!
Posted by simon at 10:57 PM 6 comments: