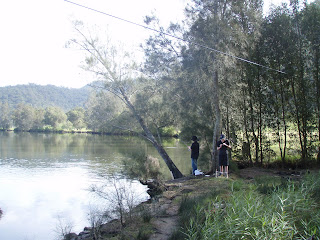 On Sunday morning, as promised I took Dave and his friend Fishing on the beautiful Hawkesbury river. The boys set up whilst I tended to morning tea. 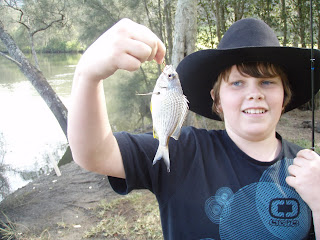 Daves mate with the first catch of the day!

It was not too long before Daves mate hooked a small brim. Too small to keep it was nevertheless a good sign of things to come 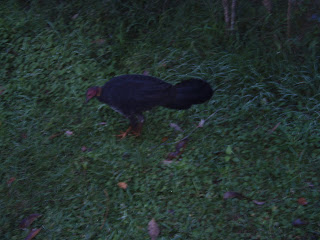 Out of the bush came an Australian Brush Turkey. An interesting bird about the size of a large chicken, I think they would make good eating. 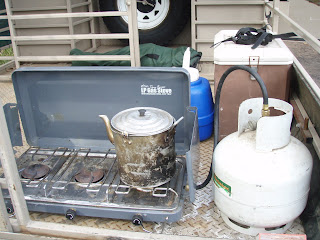 As the boys fished I boiled the billy, made tea and relaxed as the water quietly rolled by. There were plenty of bites, and a large Mangrove Jack was hooked. Sadly too strong for the line it, got away!

When we got home I took the boys along the fire trail in the landcruiser. Whilst not difficult, the track has become very overgrown and with a couple of steep drop offs it is quite entertaining. At the end there is an old fire place I made 10 years ago. 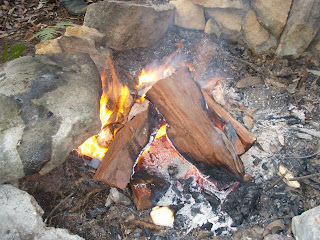 Preparing the fire for the BBQ

I have a fantastic BBQ plate and it cooks better than the De Longhi BBQ I have at home. It was not too long before we had a roaring fire and cooked our lunch consisting of bacon, lamb chops and chicken sausages. 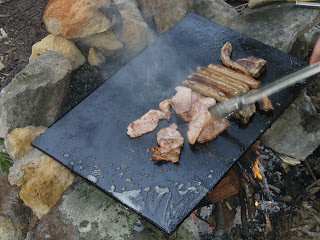 My famous BBQ plate
In the cold, damp conditions they went down like a treat. A couple of beers ( for me) and a few hours later we headed back. David felt the urge to jog the few Kms back and thats what he did. 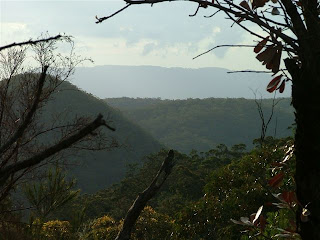 View from the bbq plate

A top Sunday afternoon had by all!