Birding on the run. 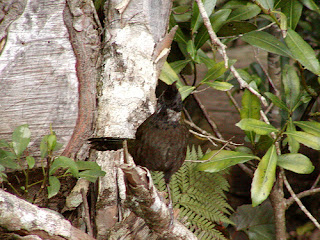 Yesterday we had huge storms over the Mountain. For some reason, when the rain stops, the birds come out beside the road. I can only assume it's because of the steam or humidity off the tar that attracts them. I decided to do some bird spotting on the run.

The road itself to the top of our mountain is narrow, twisting and the bush grows right to the edge. It is a mixture of natural,lantana, and bamboo. Maalie knows of the location (its where the bell minors "ding" mate). I immediately was greeted by a Whipbird! I knew the male was in this location because I have heard him constantly. But this is the first time I had seen him. Bell minors too, with their distinct colour and sound were apparent. A short drive on and a family of Superb Wrens flitted about the road side and the low brush. I counted a dozen. 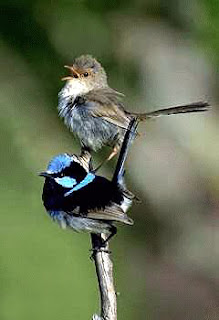 
A superb Bower Bird dark blue, almost black, flew quickly past as too did gallahs.

In this short period of time there was such a burst of bird activity. The climb up the mountain is about 3km, and I was delighted by the numbers of birds I saw.

I had almost reached the top and was greeted by Bronzewing and Crested pigeons. These birds appeared sluggish on the road.
When I got home our resident White Faced Heron was preparing to nest. 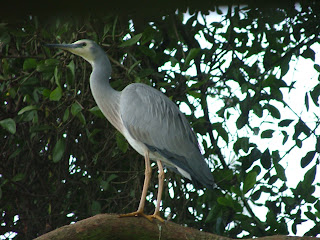 Frankly, it was a great way to end the day! 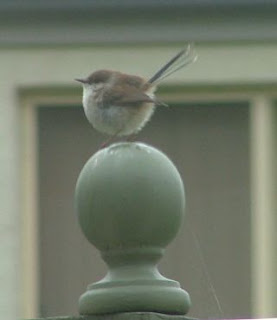